Loreena McKennitt's 'To Drive the Cold Winter Away' softly playing, raindrops pattering on the windows, a quilt unfolding before me - who could ask for anything more. 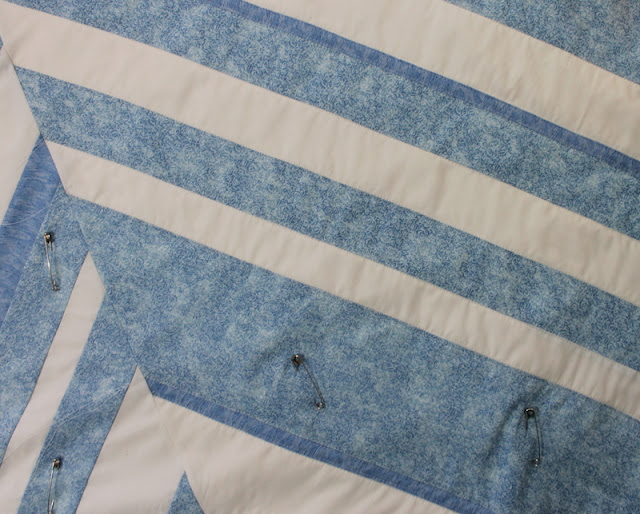 Sandwiched together last night and this morning began a simple quilting line of straight stitches in the ditch, then another off to the side of each stitched-in-the-ditch line.  Not owning a 'walking foot', inquired about such at my Bernina store earlier this week and with the cost of said walking foot to the tune of $199.00 there will be no purchase of a walking foot anytime in the near future.  Maybe ever. 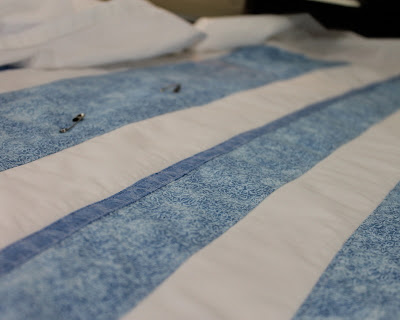 Because both my stitch lines are about 1/4" apart, thought it'd be quite brilliant to use my double needle, instead of sewing 2 independent lines of stitching....  ummm, this is not a good idea.... 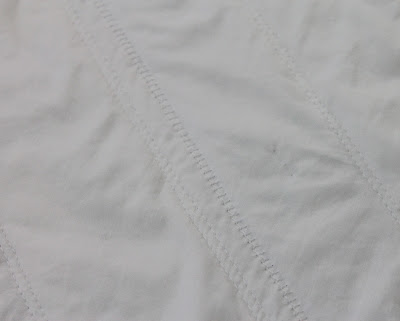 Why is it when one thinks of SUCH a brilliant idea, those are usually the ones that are so-not-brilliant.  There were only 2 lines done (thankfully!) before I realized what was going on underneath, so for the rest of the afternoon, it will be 2 independent lines stitched 1/4" apart and all will be well again.
A Quilt for Alabama
Alabama Quilt in progress